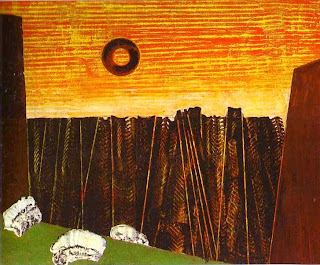 2. Spanish is easyeasier than Russian. In fact, Spanish is one of easythe easiest languages in the world.

3. Margaret is beautifulmore beautiful than her neighbor. Some people say she’s beautifulthe most beautiful woman in our neighborhood.

7. Your Uncle George is funnyfunnier than your Aunt Wilma. I think he’s funnythe funniest person in our family.

8. Your younger brother is sloppysloppier than his roommate. He’s probably sloppythe sloppiest person in the dormitory.

10. Your grandfather is generousmore generous than mine. Everybody says he’s generousthe most generous person in our community.

11, That dog is a lot noisynoisier than our cat. That dog is probably noisythe noisiest animal on our block.

12. Yes, I know this radio isn’t very smallsmall, but unfortunately, we don’t have a smallsmaller one. This radio is smallthe smallest one in the store.

14. Our store is expensivethe most expensive one in town. It’s expensivemore expensive than the stores in most cities.

15. The math problem our teacher gave us yesterday is difficultthe most difficult one we’ve had all semester. It’s much difficultmore difficult than the one he gave us last week.

17. This cereal has too muchmuch sugar. I’m looking for cereal that has a littleless sugar. Can you recommend one?

18. (answer to 17.) I think Uncle Sam is a very goodgood cereal. It has a littlethe least sugar of any cereal I know.

19. “Mad Men” is a TV series about people in advertising in the 1960’s. It’s interestingthe most interesting TV series I’ve seen in a long time. It’s much interestingmore interesting than many other TV series.

20. The location of our campus is convenientmore convenient than before. This location is the convenientthe most convenient one for most of our students.

21. Today, I’m busybusier than I was yesterday. But tomorrow will be busythe busiest day I’ll have this week.

23. Historians say that Hitler was badworse than Mussolini. He was one of badthe worst dictators the world has ever seen.

24, Her English was goodbetter than the teacher’s. She was goodthe best English student in the class.

25. Samuel lives in Sacramento. He lives farthe farthest from our school of all our students. Nobody lives farfarther than he does from school.

26. sadThe saddest day of my life was when my father died. I was sadsad about it, but my brother was sadsadder than I was.

27. Alaska has unpleasantthe most unpleasant weather of any of the states. Also, Oregon’s weather is unpleasantmore unpleasant than California’s weather.

28. New York is certainly livelylivelier than San Francisco. In fact, New York is one of livelythe liveliest cities in the world.

29. Tokyo is much crowdedmore crowded than San Francisco. Tokyo, with its huge population, is one of crowdedthe most crowded cities in the world.